Airtable is great at applying formulas to record values and has ways of grouping and aggregating data, but it doesn’t have a built-in way of comparing each record to a group total. Here’s our problem for this post: 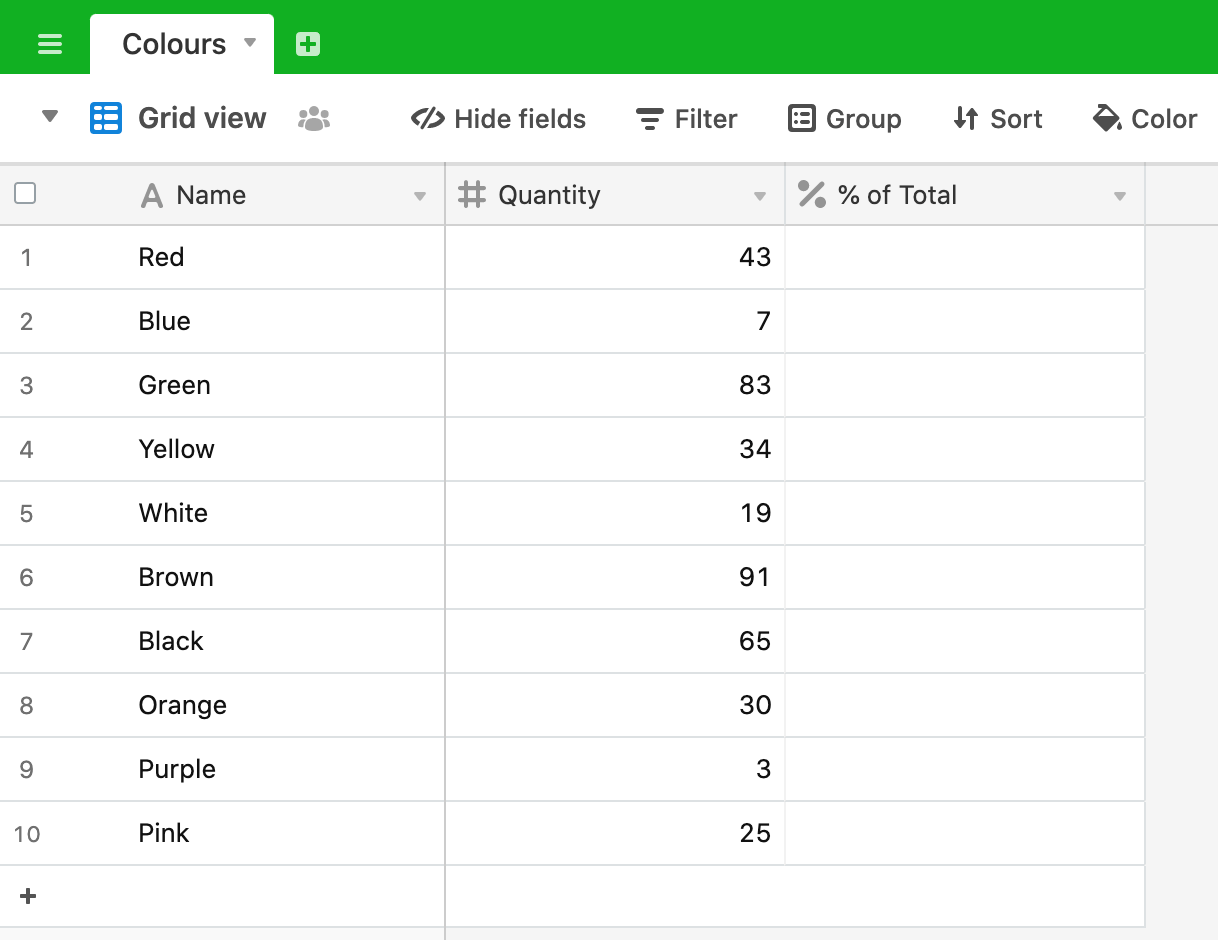 Let’s say we have taken a survey to find out the favourite colour of a group of people. Airtable allows us to sum the total number of people - 400 - at the foot of the field, but there isn’t a native way to compare each record to the total to find out the proportion of the total that each colour represents. A perfect job for an Airtable script.

Our method for this script is:

We’ll start this script in a typcial way by defining the table we want to query and querying the records within it:

We need to sum the records to calculate the total, so let’s define a variable to hold the total for our calculations:

We now need to loop through all of the records and add each “Quantity” value to our total.

For the coding new-comer, this might look a bit confusing, so let’s break it down.

The for loop is simply iterating through all of the records returned by the query. This line:

is saying: “the new total equals the previous total plus the “Quantity” value of the current record”. We can make this process clearer by adding some logging to the script before and after the summing task takes place. Modify your for loop to this:

Now run the script and you should get this output: 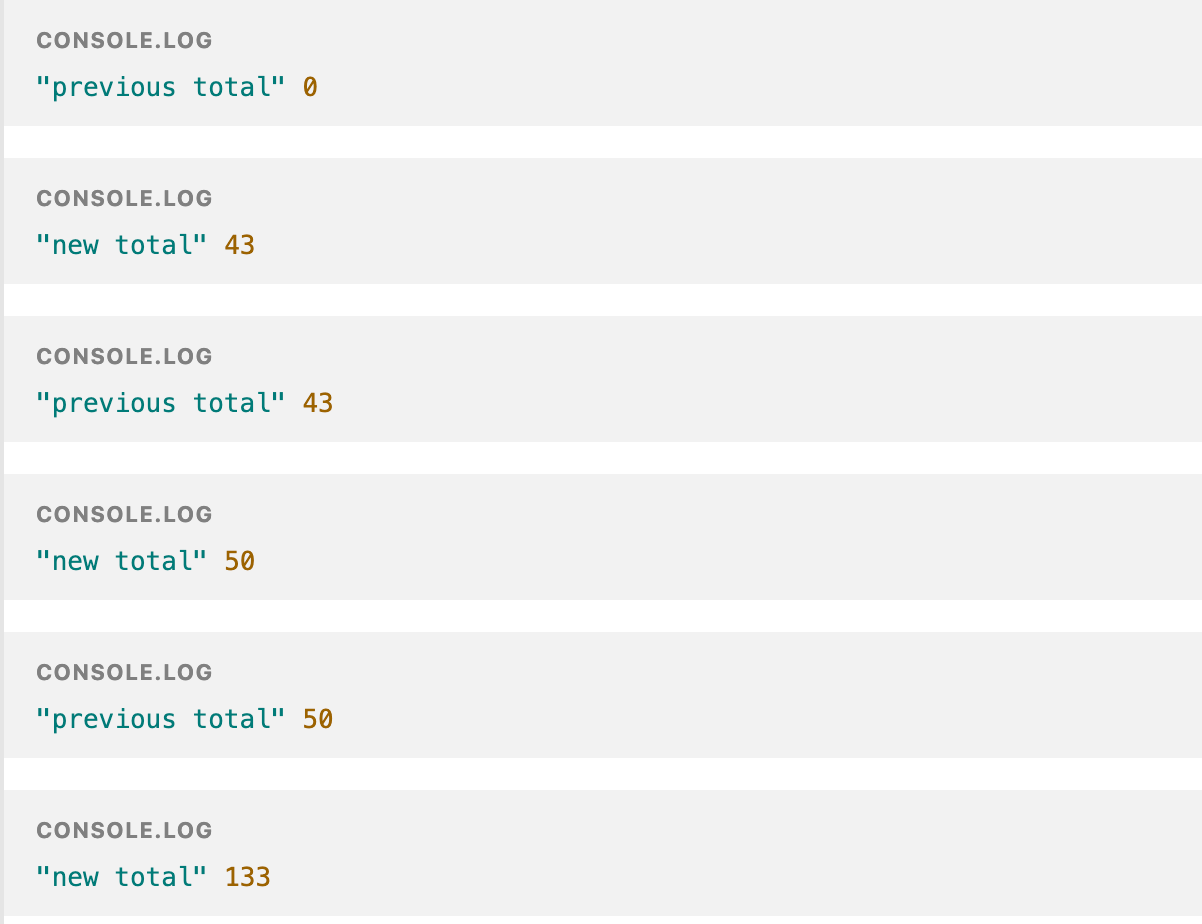 Remove the previous total and new total logging from the script as we don’t need this to be part of the final version.

Having calcuated the total for all records, we can now loop through the records a 2nd time and calculate the percentage of the total that each record represents. Our 2nd loop looks like this:

Inside the for loop, we start by defining a new variable percentage and set this to be the “Quantity” value for the current record divided by the total (calculated in the previous loop).

We then update the table for the current record and set the “% of Total” field to be our newly calculated percentage value. For good measure, we output some text on each iteration when the record has been updated.

Once the script has finished our table will look like this: 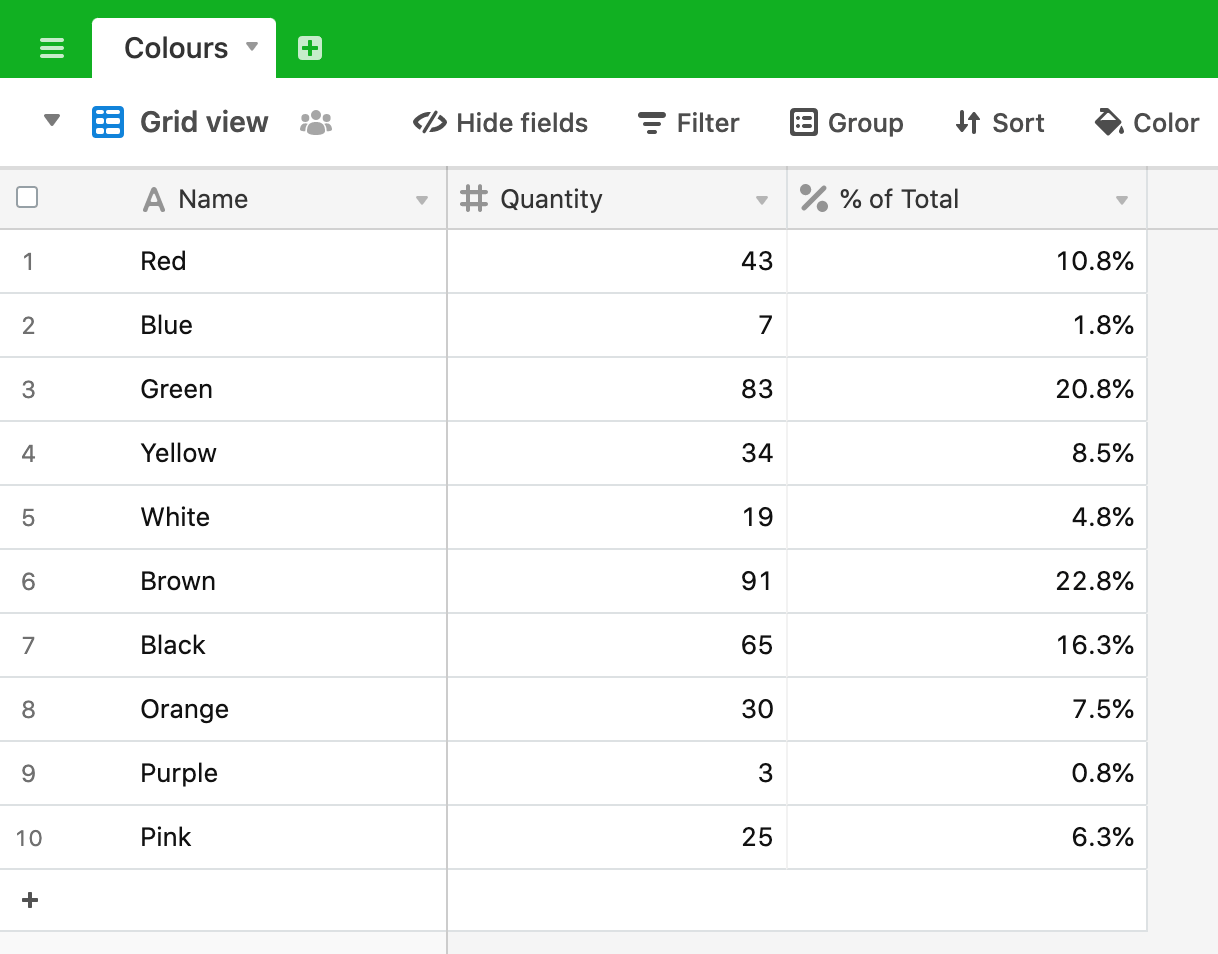 So, our final script is: