Most of the time, we are adding data to our Airtable bases, but, occassionally, we might need to delete data. This post will show a method for deleting data based on some attribute of each record.

Let’s suppose that our table contains records of people with their age: 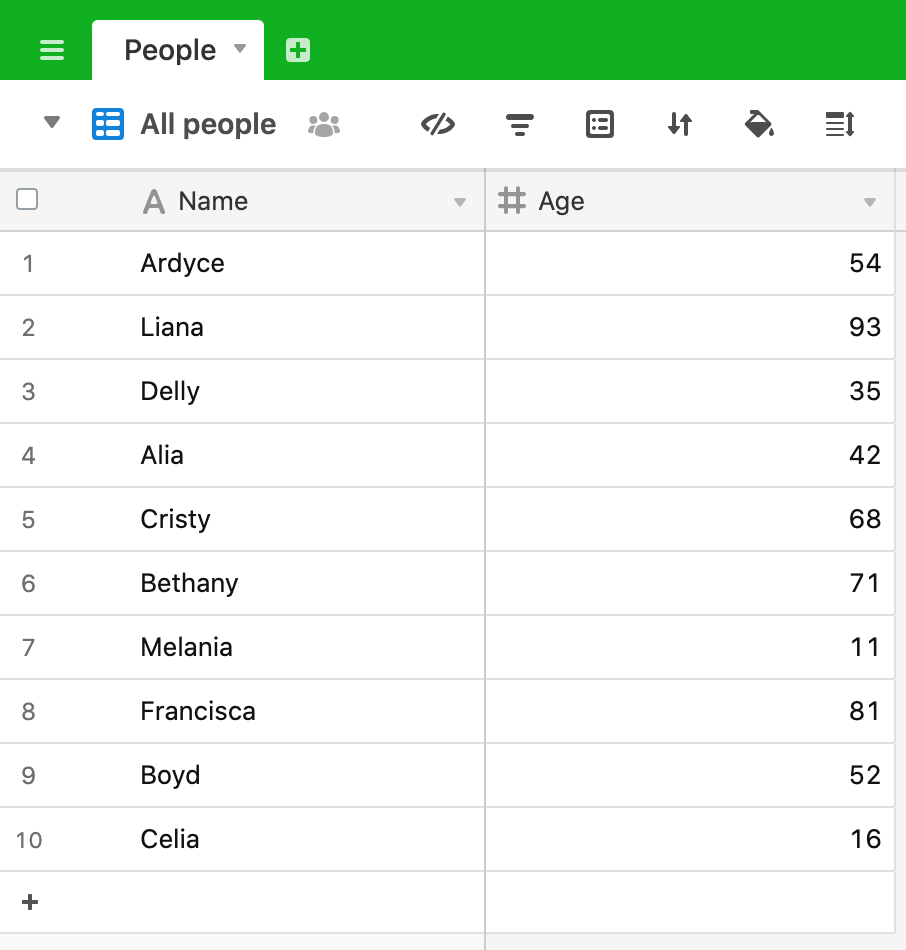 And, let’s also imagine that we only want to keep the records of working age people, say between the ages of 18 and 65. We can write a script that will iterate through the records and delete those whose age is less than 18 or more than 65.

We’ll start in the common way by defining the table and the query:

There are a number of ways we can proceed from here, but our method in this post will be to:

This method makes use of a couple of interesting devices:

The “filter” method operates on an array and returns a new array based on the filtering conditions you specify. For our script the filter operation looks like this:

Each record gets passed, using the arrow function notation, to an expression where it is evaluated against the defined conditions. If the evalution returns true then the record is added to our new array; if it returns false then it won’t be added to the new array.

In our example we are evaluating against the conditions:

Let’s run our script as it is to understand what the “filter” operation is doing. Add in two console.log statements to output the records array both before and after the filter. Your script should look like this:

When you run the script you should see output similar to this:

As we have seen in previous posts, we’re using a for loop through the recordsToDelete array and we define a variable deleteRecord to hold the record of the current iteration.

The deleteRecord.id is passed to the table.deleteRecordAsync method and, once the deletion has happened, we report back to the user that the record has been deleted.

As you run the script you should see output similar to this:

Finally, a word of warning: We are deleting data here, so be really careful when you proceed with an operation like this. We’ll see in another post how you can get the user to preview and confirm operations before they actually proceed, which would be really good practice with a delete operation. Also worth noting that records deleted by the scripting block can be recovered from the trash bin if you really make a mistake 😉.